Understand The Link Between Social Media And Depression 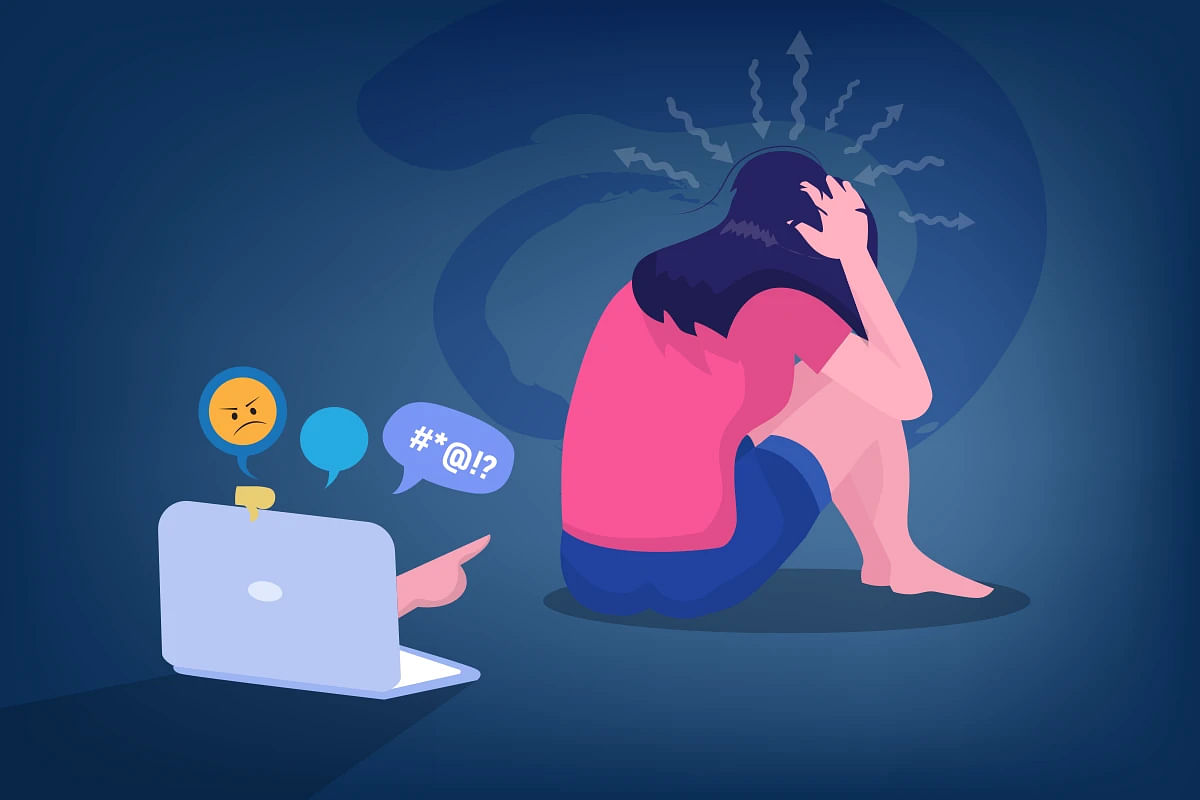 The theory of compensatory internet use indicates that online activities are used to lighten negative feelings and achieve unmet psychological needs. Individuals with depressive symptoms may turn to sites like Instagram and Facebook for social validation.

The Sociocognitive Model of internet addiction proposed that people who are poor at self-regulation are encouraged to stay online since online and social media stimuli are psychologically fulfilling. E.g., individuals with psychological disorders) are more prone to developing harmful social media habits.

According to research, the prevalence of depression is a significant risk factor in modern society. 3.8 billion people worldwide actively use at least one social media site.

Adolescents between ages 13 and 18 are also susceptible, with a 52% increased prevalence rate of depression. Depression is linked to many severe issues, including failure to complete Education, unplanned parenting, normal social relations, and increased risk of substance Abuse and suicidal behavior.

The new study follows a yearlong look at social media use and the onset of depression among nearly 5,400 adults. None reported even mild depression at the start.

One-third of American adults have been reported feeling depressed in the October study. The research found age differences in how different platforms impacted mental health. Facebook users under age 35 were more likely to have depressive symptoms. Also, people over age 35 who used Snapchat and TikTok reported having more depressive symptoms.

One study published in Computers in Human Behavior established that using multiple social media sites is wholly associated with depression than the time spent online. Another study suggested that people who used more than seven social networking platforms had more than three times greater risk of developing depression.

What are the risks of depression?

The Facts On Social Media And Depression

Does social media cause clinical depression?

There are signs like lack of sleep, inability to keep a healthy diet or nutrition, failure to take care of your hygiene, and inability to maintain your job, which signifies that scrolling down social media is causing clinical depression or major depressive disorder (MDD).

MDD is diagnosed if you are experiencing at least five of the following symptoms during two weeks and if at least one of the symptoms includes feeling sad or depressed or a loss of interest or pleasure:

The Risks for the Reward

Social media activates the brain's center and releases the dopamine hormone, a "feel-good chemical." Dopamine is linked to pleasurable activities such as food, sex, and social interaction. The platforms are planned to be addictive and are equivalent to Anxiety, depression, and physical illnesses.

69% of adults in the U.S. engage in social media daily, according to pew research. Also, 81% of teens use different social media sites. Poor sleep will put a considerable amount of the population at risk of developing depressive symptoms and feeling anxious or ill due to excessive use of social media.

We can see many red flags or signs indicating that social media is becoming unhealthy for us. You may start to avoid face-to-face interactions with people. If you have had many friends in the past and have been very social, then using social media can cause problems, and it may become difficult for you to avoid such interactions.

It can also happen that your priorities might change. If you feel laid-back or struggle to stay motivated, you should start looking for the exact reason which has caused this shift.

Other factors that can signal social media is affecting your health include you:

The Negative Side of Social Media

The overuse of social media sites may also cause Anxiety, loneliness, self-harm, and thoughts of suicide.
Social media promotes negative experiences like:

Images on social media will make you feel insecure about your looks and lifestyle, although those images are false. Also, we know that no one posts about low points in their lives, and we mainly share all the positive aspects. Still, we look at those posts, and feelings of envy and dissatisfaction pass our minds while scrolling through a friend's profile.

For, e.g., photos of their tropical beach holiday or reading about their exciting new promotion at work. Most people naturally relate these things and try to compare their life to their friend's life, and not having the same lifestyle may create anger and sadness.

Fear of missing out (FOMO)

These days people see post stories of travel, food, camping, and of many other activities like trekking, hiking and road-trips, and many more. While watching all these highlights or stories on Instagram may make us feel that we are missing something exciting and just sitting at home doing nothing.

Watching those photos and videos provokes the feeling that others are having more fun in their lives or they are having better lives than yours. The idea of FOMO significantly impacts your self-esteem; it triggers Anxiety and encourages social media use.

People have become compulsive, constantly checking their phones for updates—the tendency to be always alert makes them check their phones. Even while driving, missing out on sleep at night or prioritizing social media interaction over genuine world relationships does not count as an exception.

The cases of Anxiety and Depression have increased to 70% in tha last 25 years. Depression and Anxiety both have adverse effects on adolescent development, including lower educational fulfillment, dropping out of school, damaged social relationships, increased risk of substance Abuse, mental health issues, and suicide.

In a recent systematic review, Seabrook, Kern, and Rickard (2016) explored the relations between Anxiety, depression, and SMU and concluded that more positive interactions, social support, and feelings of social connectedness on social media were associated with lower levels of Anxiety and depression. In contrast, more negative interactions and social comparisons were associated with higher levels of Anxiety and depression.

It has also been analyzed that socially anxious individuals use the Internet to handle and satisfy their social fears.

They frequently engage in destructive and higher social comparisons, in which they picture themselves more negatively than others. As a result, it places individuals with Social Anxiety at increased risk of engaging more on social media and feeling more socially isolated and alone.

10% of teenagers reported being bullied on social media. Many of the users have also experienced harmful and offensive comments. Twitter is one of the platforms which spreads hurtful rumors, lies, and Abuse that leaves everlasting emotional scars on the individual.

Sharing endless selfies and all your most profound thoughts on social media can create unhealthy self-centeredness and distance you from real-life connections.
Lub, Turb, and Rosenthal(2015) found that more passive forms of use contribute to a depressed mood.

"Research shows that for some people with depression, global, uncontrolled inflammation is associated with their mood problem," says Dr. Raymond Kotwicki, the Charles B. West Chief Medical Officer at Skyland Trail. "The lack of physical movement, real-time social interactions, and increased Anxiety related to FOMO—the fear of missing out—with excessive social media use increases inflammation and can exacerbate depression." 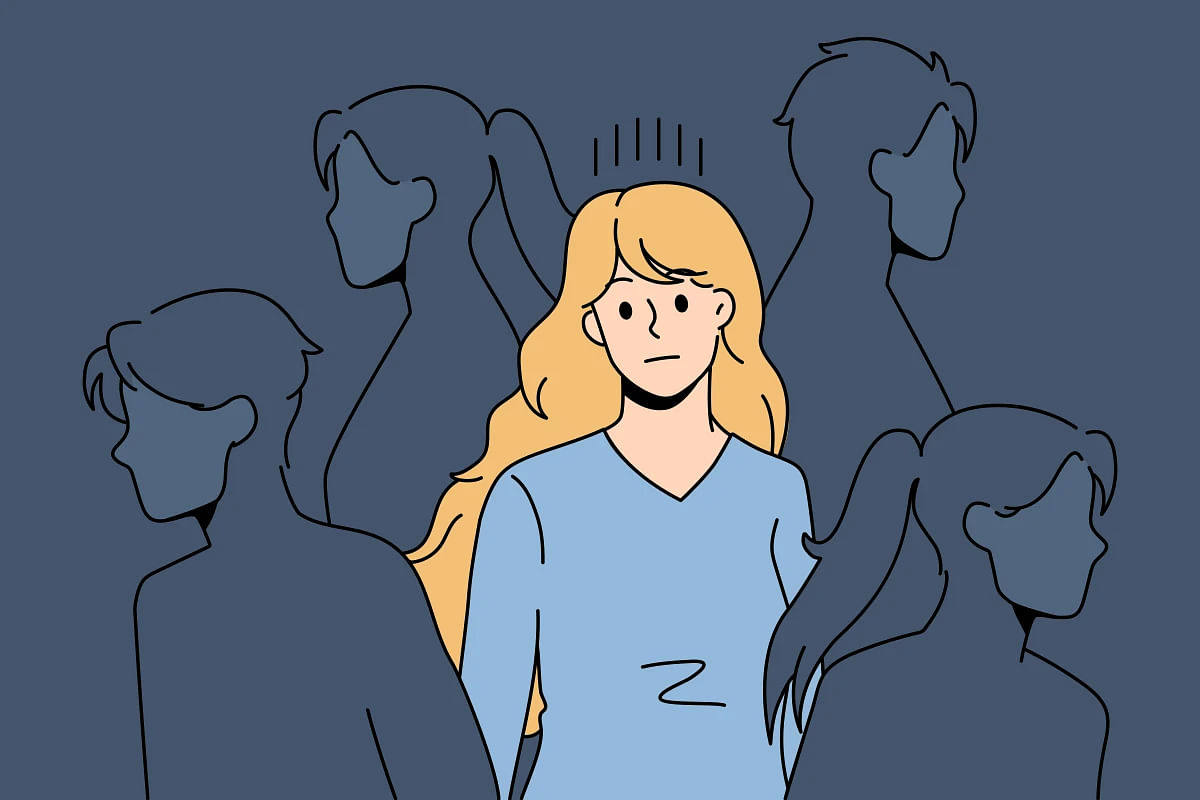 What Are The Risks Of Depression? - Things You Should Know
30 November 2022
HOLD ON!
Readers Are Rewarded