Is Mixing Trazodone And Alcohol Dangerous?

The FDA has approved the tetracyclic antidepressant trazodone (Oleptro, Desyrel) for the treatment of depression. Due to the introduction of drugs of a newer generation to the market, trazodone is rarely used alone to treat depression. However, it has a variety of off-label uses for treating insomnia and various possible therapeutic indications for several diseases frequently linked to depression.

When trazodone and alcohol are combined, levels of intoxication might rise, causing profound sleepiness and raising the possibility of overdose and mortality when either substance is drunk in excess. Both substances can cause physical dependence and withdrawal after prolonged use.

So, let us explore the effects of mixing Trazodone and alcohol in detail.

What Is Trazodone (Desyrel)?

Trazodone is a medication used to treat depression. It may help improve mood swings, appetite, and energy levels and decrease anxiety and depression. Trazodone helps restore serotonin the natural chemical balance in the brain.

Is Trazodone a controlled substance

How Does Trazodone Works?

Trazodone is in a class of medication called serotonin modulators. It helps in increasing the amount of serotonin, a natural chemical substance in the brain that helps maintain mental balance. you can buy Trazodone online but it is always recommended to get advice from your doctor.

Before understanding ‘what are withdrawal symptoms to the mixture of alcohol and trazodone,’ we should first understand Trazadone in detail.

Don't Fuss, Get Meds From Us.

Who Can Take Trazodone?

Trazodone can be taken by adults over the age of 18 for depression and anxiety or both. It is advisable to take the doctor’s advice before starting Trazodone. The reason being having

Can I take Melatonin with Trazodone for sleep

How And When To Take Trazodone?

What Are The Effects Of Taking Alcohol?

Alcohol's effects on the brain and body include

For several reasons, you shouldn't take Trazodone and alcohol together. Alcohol is a central nervous system depressant that affects several brain processes and neurotransmitters, most notably GABA.
Store Trazodone at room temperature. Keep it between 68°F and 77°F (20°C and 25°C). Keep it away from light.
The half-life of Trazodone is 5–9 hours, so it will take 25–45 hours for the drug to leave the body.

Can You Take Trazodone And Alcohol Together?

It can be hazardous to consume alcohol when taking trazodone. Therefore, avoid the combined use of Trazodone and alcohol. Trazodone may intensify alcohol's effects, causing potentially fatal overdoses and severe degrees of intoxication.

It can cause extreme drowsiness that might potentially result in accidents and falls. Alcohol can also make anxiety and depression worse.

Study of Trazodone And Alcohol Relapse

Until further studies have established benefits and safety, routine initiation of trazodone for sleep disturbance cannot be recommended with confidence during the period after detoxification from alcoholism.

Hence, mixing trazodone with alcohol can increase levels of intoxication, resulting in extreme drowsiness and increasing the risk of overdose and death when either is taken in an excessive amount. Long-term use of both substances can lead to physical dependence and withdrawal.

Effects Of Mixing Trazodone And Alcohol

Physical dependence and withdrawal symptoms can also develop with long-term trazodone and alcohol use. Anxiety, irritability, and sleep issues are possible Trazadone withdrawal symptoms. People using the medicine should gradually wean themselves off under a doctor's supervision rather than discontinuing abruptly.

Mixing trazodone with alcohol has a drastic effect on one’s health. It’s better to stay
away from the mixture as long as possible.

Can you overdose on Trazodone

Side Effects Of Trazodone

Trazodone side effects are unwanted effects that occur after taking the drug. These can be common or severe or rare effects. Inform your doctor if any such side effects

How To Cope With Side Effects?

What Are The Precautions To Follow Before Taking Trazodone?

Before You Take Trazodone

Trazodone is used to treat depression and insomnia, which can both get worse after drinking alcohol. Although there aren't many studies on the combined use of alcohol and Trazodone,  they can be fatal.

As a result, exercise caution while combining Trazodone with alcohol. Seek emergency medical attention if any side effects occur.

Trazodone (Desyrel)
Is Trazodone a controlled substance?
24 May 2022 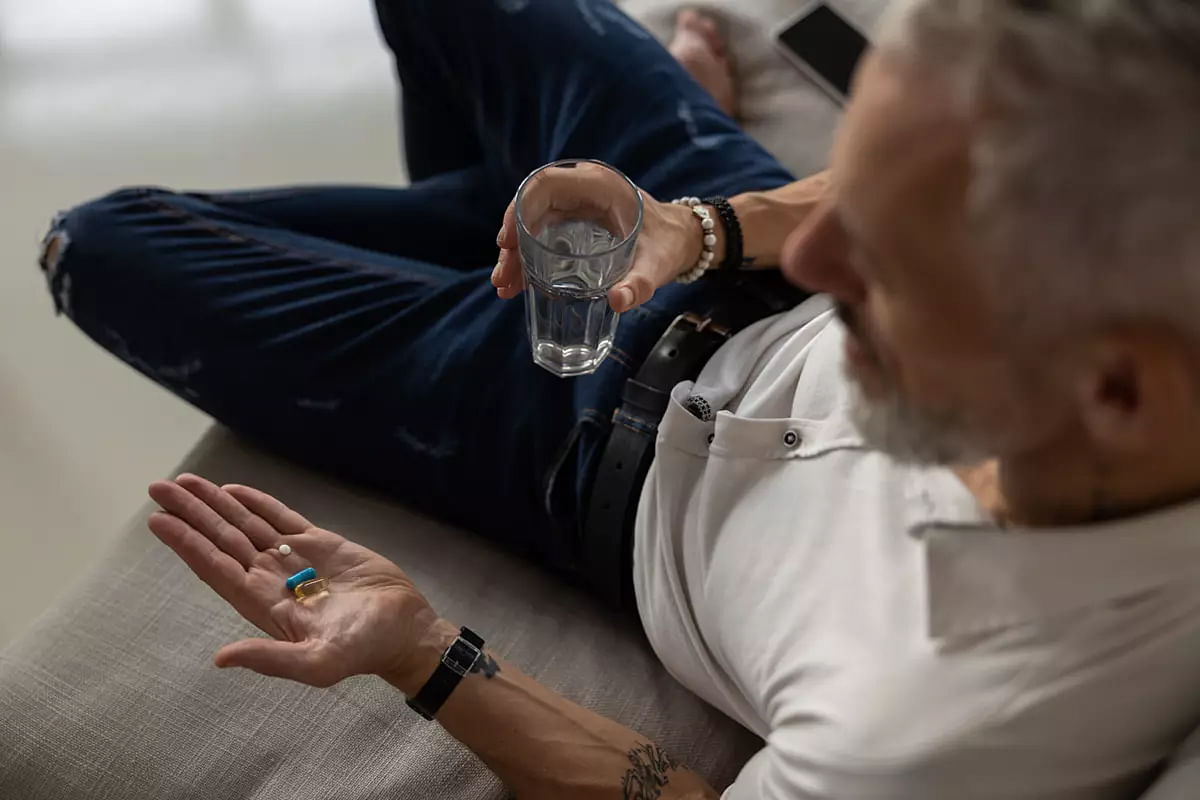